« Back
WorldSpace Radio - Article Series
About the article 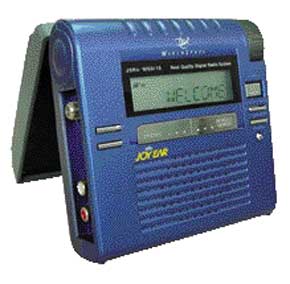 The new digital WorldSpace satellite radio broadcast service covers a large fraction of the earth’s surface using three geostationary satellites. Over four billion people — 80% of the world’s population — can receive WorldSpace.WorldSpace is chiefly aimed at the inhabitants of Africa, the Near East, Asia and Latin America, since these are regions which are not well supplied with radio stations. However, thanks to the rapid advance of satellite technology, the WorldSpace programmes are now available elsewhere as well. Indeed, the West beam of the AfriStar satellite, aimed at Africa, can be received in Europe as far north as Scandinavia and Scotland. In this article we will describe the communications technology behind WorldSpace and the receivers, which are now becoming available.
Downloading of this magazine article is reserved for registered users only.
Login | Register now!