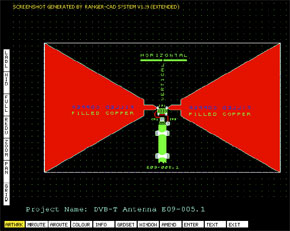 Digital terrestrial television (DVB-T) is now available in many parts of the country. Of course, you need a DVB-T receiver and a (new) UHF TV antenna. If you don’t have a suitable antenna, the small indoor DIY alternative described here is a simple and economical solution. Terrestrial digital video broadcasting is now available in many parts of the country, and there are plans to eventually switch off existing PAL analogue broadcasts altogether; in some parts of Europe this is already happening. If you currently receive television by satellite or cable and, for reasons of cost, wish to switch over to DVB-T, a DVB-compatible antenna is required. Of course, this is not connected directly to the television, but rather via a DVB-T receiver, or so-called ‘settop box’.