« Back
Magnetic
About the article 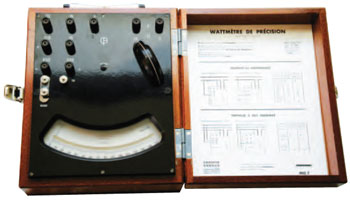 Since the famous compass that Ampère christened a ‘galvanometer’, two successive types of voltmeter have held sway. The first of these combined the idea of having the conductor wire make several turns around the needle with Ampère’s astatic system (the idea of using two mechanically-coupled magnetic needles with opposing poles, with only one of the needles subject to the influence of the electrical current, in order to get round the problem of the Earth’s magnetic field).