« Back
Amplifier
About the article 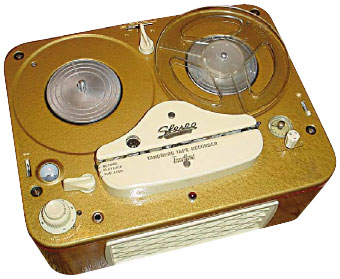 In the late 1950's, stereo was in its infancy as far as Joe Bloggs was concerned — what little equipment there was being firmly aimed at the rich & wealthy. While mainstream stereo radio was still a long way off, probably due to the investment in infrastructure that was required (i.e. not only radio receivers but also studios and transmitters would have needed to be upgraded), record players and tape players were starting to become available in stereo versions.

More Amplifier on our Select Page >>