There are various types of multimeters available provided with a few scope functions and a graphical display, but the starting point with these is generally the multimeter. With the Owon scope-meter described here, the manufacturer clearly reasoned the other way around: Take a portable oscilloscope and add to that the most important multimeter functions. This trend is becoming increasingly more common with manufacturers of portable scopes. We were keen to try this combination in the real world. We deliberately chose the single-channel version of this Owon, because it has a very attractive price of under €200 or just over $200.

The HDS1021M-N is a little bigger than your typical multimeter, with dimensions of 18.5x12x4 cm. Around the actual housing is an orange rubber protective case, the entire instrument feels sturdy. The power supply is provided by a built-in Li-ion battery that is good for some 6 hours of use. The 3.7” colour display has a resolution of 640x480 pixels, is nice and bright and has a reasonable viewing angle. The remainder of the front panel is occupied by the operating buttons, at the bottom are the four sockets for the multimeter. The BNC socket for the scope part is on the right side.

The HDS1021M-N is also provided with a square-wave test output, an RS232 port, a USB and a USB host connection. The meter is supplied with a carrying bag and a large number of accessories, such as various connecting cables, a power supply adapter, a probe, test leads for the multimeter and even an adapter to measure capacitors.

The scope part of the HDS1021M-N has an input bandwidth of 20 MHz and a maximum sample rate of 500 Msamples/s — very good for an instrument in this price category. The instrument reacts pleasingly quick to the connected input signals and the Autoset function is particularly effective, practically every time I had a stable signal in the screen on only a few seconds.

There are a large number of settings available via the pop-up menu on the side. And when it comes to this, this instrument has no need to feel inferior compared to a large scope: all kinds of trigger settings, various measurement options for the signal, measurements between cursor lines, even an FFT option with several measurement windows is available. 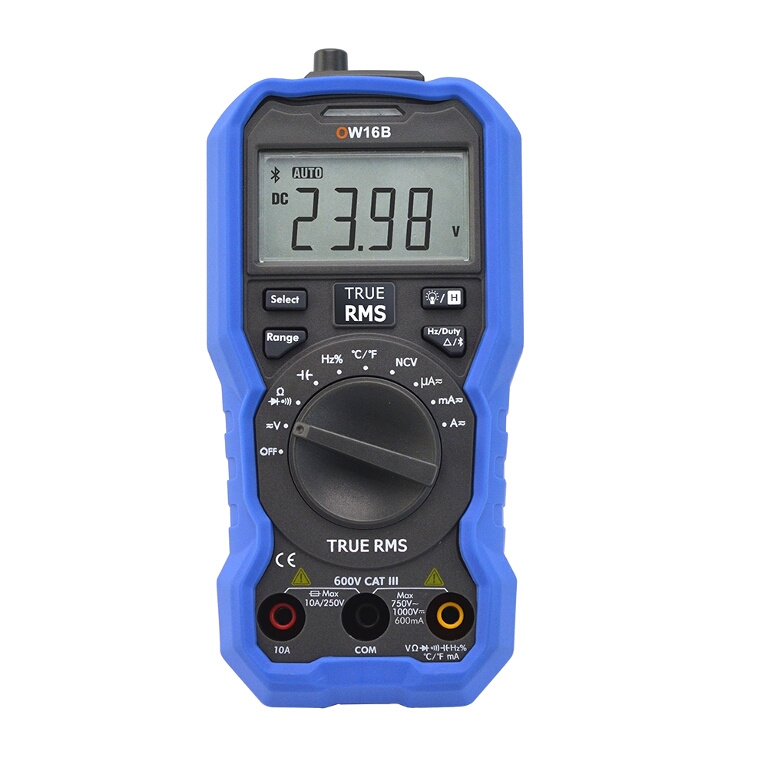