Status: Finished
7061
24
4
votes
PUBLISHED
in Elektor magazine | January 2017 | Find it here
This project is an electronic dice. It is a nice project for beginners to learn soldering. It consists of seven LEDs positioned like a dice which light up to show the number.

The leds are controlled by a 74HC4017 decade counter IC. Of this IC six outputs are used to drive the LEDs and a seventh output is used to reset the counter. This way it only counts up to six. To light up the correct LEDs, diodes are used. These block the current in one way so other outputs of the IC aren't affected when LEDs are connected to multiple outputs.

To make the IC count, a clock source is needed. For this a TLC555 timer is used. This IC generates a clock pulse of around 5 kHz. To roll the dice you have to press the button on the PCB. This button enables the 74HC4107 counter IC which then starts counting. When you release the button, the IC is disabled, but it keeps showing the current output state. Because the clock is so fast, the output is completely random.

The remaining components on the board are a CR2032 battery holder and a power switch.
Read the full post
Show less
Products 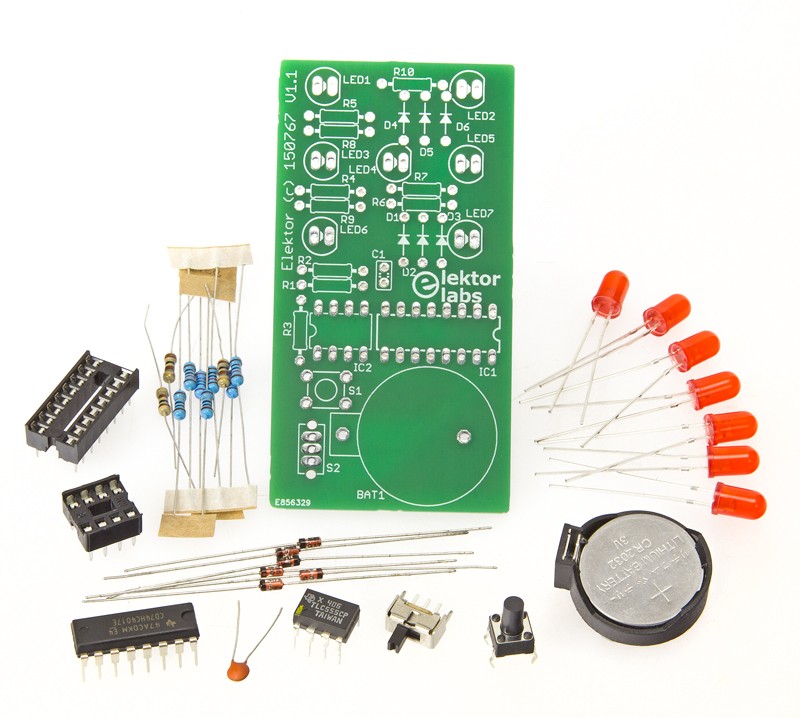