Status: Proposal
2260
17
3
votes
This is a modification of the Supra MM/MD amplifier as promised in the magazine article and on request. More information about the Supra 2.0 can be found in comments ‘From the Lab: a different approach’, ‘From the Lab: transformer PCB’ and ‘From the Lab: the final touch’ in project ‘Supra 2.0 - High End Preamp for Record Player [150616-I]’.  This modification is quite simple. In principle if an already build Supra needs to be changed only 9 resistors need to be replaced per channel. The input impedance for MC cartridges is 100 Ω nominal. Resistors R1 and R30 should be replaced by 100 Ω resistors. Depending on the cartridge used however the recommended input impedance can vary from 10 to 500 Ω. C1 is not necessary but since the impedance of a MC cartridge is just a few ohms and also the inductance is very low C1 doesn’t need to be removed. If a new amplifier is being built C1 can be left unmounted. All 16 47 Ω resistors in the feedback of IC1..IC4 and IC6..IC9 should be replaced by 10 Ω resistors (R4,R6,R7,R9,R10,R12,R13,R15,R33,R35,R36,R38,R39,R41,R42,R44). The total gain of the MC amplifier is a compromise. Most MC cartridges have an average output of 0.3 mV. We took the average of 26 cartridges and the exact average was 0.335 mV. But some have an output as low as 0.2 mV or less, but other cartridges have an output level as high as 0.4 or 0.5 mV. These are figures we took from the datasheets. Output impedances varied from 1.5 to 14 Ω which resulted in an average of 4.746 Ω. Usually the nominal sensitivity of commercial equipment is -10 dBu e.g. 245 mV. The output level of the original Supra is set higher but then CD and DVD players often have an even higher maximum output voltage (often 2 V). Reducing the output level and thereby the gain of the input stage of the MC version is also a compromise bandwidth wise. The unity gain bandwidth of the LT1028 is 70 MHz. With a gain of 221 the bandwidth is just over 300 kHz. The 470 pF capacitors in the feedback will limit the bandwidth of the input stages to 150 kHz. Their combined effect limit the bandwidth to about 115 kHz. A higher gain for the input stages will start to influence the amplitude at 20 kHz. If more gain is needed  it’s better to increase the gain of the second stage. But this will not be as easy as changing gain in the input stage. The second stage is also part of the RIAA correction and all resistors  will change. In practice this MC modification will do just fine. The bias correction networks P1/R2/R3/C2/JP1 and P2/R31/R32/C27/JP2 are not needed. But it’s not a problem to leave them if they’re already in place. We used the A-version of the LT1028. It has lower input offset and bias current, but they’re even more expensive! Highest output offset we measured was only 7 mV! The summing of the offsets is amplified by a factor of 40 by the second stage. In case the offset at the output of IC5A/IC10A is more than a few 100 mV using the standard LT1028 you may consider replacing them with A-versions. Again that’s pretty expensive (you need 8!) but any offset at the output of IC5A/IC10A will cause extra current noise in the feedback. In our prototype this output offset was about 100 mV.

Again we recorded some plots.

Plot A (MC_AMPvsFRQ_2) shows the amplitude as a function of frequency when applying a RIAA standard equalized sine wave to input. At 20 Hz the amplitude was -0.876 dB. At 20 kHz the deviation was 0.113 dB. At 138 Hz and 3.3 kHz the amplitude rises slightly by 0.022 dB. This is exceptionally good considering all parts for the RIAA correction have a 1 % tolerance!

Plot B show a FFT of a 1 kHz signal from 10 Hz to 130 kHz with the fundamental suppressed (MC_FFT_1kHz). This shows if any harmonics are present (16 measurements were averaged to get a better view) and so we can conclude that since no harmonics are visible total harmonic distortion is less than 0.0007 %.

Plot C shows a FFT of a 10 kHz signal to make sure THD is also extremely low for higher frequencies (MC_FFT_10kHz). Only a second harmonic is visible at a level of -114 dB, which translates to 0.0002 %.


Changes in a nutshell: 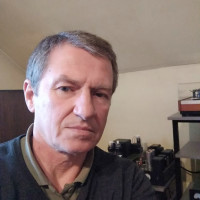