Getting started with embedded C, part 1 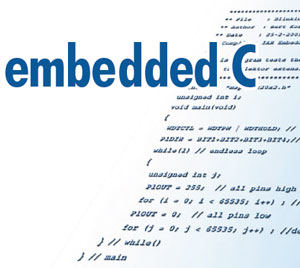 This is the first instalment of a three-part series which will introduce the fundamentals of programming a microcontroller in C. You can immediately try all the examples using the MSP430 hardware, which is also described in this issue, in combination with a PC or laptop which has a USB interface. The software we’ve used is available as a free download. In this way you will learn step by step how you can use the higher programming language C in all kinds of electronics projects.

C is a genuine general-purpose programming language (there are over 400 different languages for computer systems). C is a small, compact language, which is not all that difficult to learn. These days C is used mostly in embedded microcontroller applications. This means devices that contain a microcontroller doing one specific task, such as a coffee maker (compare that to the processor in a PC which runs a variety of programs). The Java language is also quite frequently used for this, but it places much higher demands on the hardware, specifically in terms of speed and memory.