« Back
Wireless
About the article

Internet Censorship during the Catalan Referendum 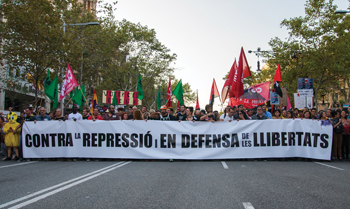 On the day before the independence referendum in Catalonia, the ICT centre of the Catalan government was raided and occupied by the Spanish police. With the shutdown of the IT centre, the official Internet infrastructure intended to facilitate the referendum was largely rendered ineffective. Nevertheless, voting was possible on 1 October 2017 thanks to an alternative system set up and maintained by volunteers with technical expertise, along with the wireless Internet connections of thousands of citizens.
Downloading of this magazine article is reserved for registered users only.
Login | Register now!

More Wireless on our Select Page >>