Capacitors overpriced all these years? You may be right...

If, like me, you always thought that the relatively high price of electrolytic capacitors was determined by the expensive ingredients (paper and acid) and complicated manufacturing processes (rolling the paper), you may be mistaken. Luckily the European Commission is less gullible and has decided to take steps...
Ten manufacturers of electrolytic capacitors have received a letter from the EU informing them that they are suspected of having participated in a cartel. Indeed, the European Commission has concerns that, from at least 1997 to 2014, ten Asian manufacturers of electrolytic capacitors met in a range of multilateral meetings in Japan to discuss future market trends, prices and specific customer information. These multilateral meetings appear to have been supplemented with additional bi- or tri-lateral discussions between the companies. Some of these additional discussions appear to have taken place in Europe with the European subsidiary of a Japanese company. If established, such behaviour would violate EU rules that prohibit anticompetitive business practices such as collusion on prices (Article 101 of the Treaty on the Functioning of the European Union).

Doesn't that make you angry, when you realise that all these years you may have been paying several cents too much? We as large consumers of electrolytic capacitors can only hope that the EU is right and that prices will quickly be corrected so that we can replace the expensive dried-out capacitors of the amplifier we built 20 years ago by more reasonable priced ones. Go EU, go!
Products 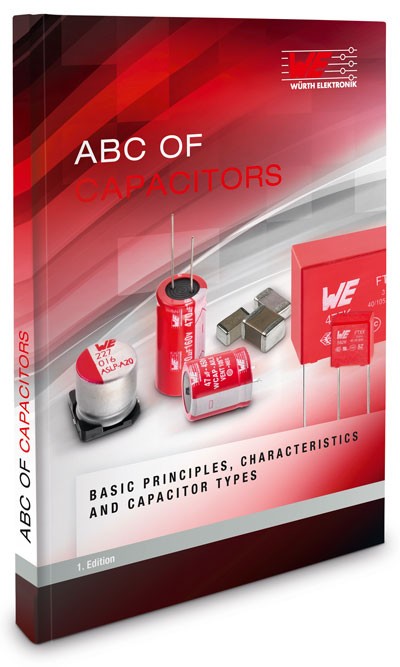 ABC of Capacitors
€9.90
View in store