After unpacking you need to install the spool of printing filament and prepare the printing platform. Now you can start to print some example shapes and control the printer using the very good touch screen display which makes operation both simple and fun. That could also be said of this model’s predecessor but the new version has a number of important improvements.


It uses the same type of filament used in Dremel’s first 3D printer. The PLA filament material is 1.75 mm in diameter and biodegradable.

The printing head has undergone a complete redesign and is now much larger and more robust. This produces a much improved filament melt phase making the Idea Builder 3D40 suitable for professional applications as well as for home use.


A major improvement in this new model is its semi-automatic levelling of the printing platform. The 3D40 incorporates a sensor to measure the distance at three points between the print head and platform. If the distance is incorrect a graphic on the display indicates how the adjustment screws should be turned to correct the spacing. Any necessary adjustment is simple to make and much easier than on the previous model.


The printing platform has also been re-engineered. It is now a glass platform which does not warp and is more robust than the acrylic platform used on the earlier 3D20 model.  This new platform has a durable film coating providing excellent adhesion for the printed object. Blue tape can also be used on the platform if required, a sample of blue tape the same size as the platform is included in the kit. It should be noted that the platform is not heated; it is not necessary for the filament material used.


The Print Studio Autodesk software in included on a memory stick so that you can make your own 3D designs for printing. These 3D model files in STL format can be modified and then sent directly to the 3D40 printer via WiFi or Ethernet. Alternatively the files can be stored to a USB stick and transferred to the printer via its front panel USB port. There is no slot to accept SD cards although this is not too much of a disadvantage and many computers also are not fitted with SD slots.

Control via a smartphone is also possible by downloading an app suitable for use with both iOS and Android systems; there is an option to download the app from the Dremel 3D40 web page but at the time of writing it is not yet available from Google Play Store.

Overall the Dremel 3D40 is the best 3D printer we have tested so far. It is very user friendly and the semi-automatic levelling works well and is an excellent addition to produce high quality printed models. With the 3D40 Dremel has built upon the strengths of its very good 3D20 printer and produced a worthy successor which is both user friendly and a robust, reliable 3D printer for PLA filament.

The Idea Builder 3D40 can be ordered now from the Elektor Store.
Main features of the 3D40 printer
Products 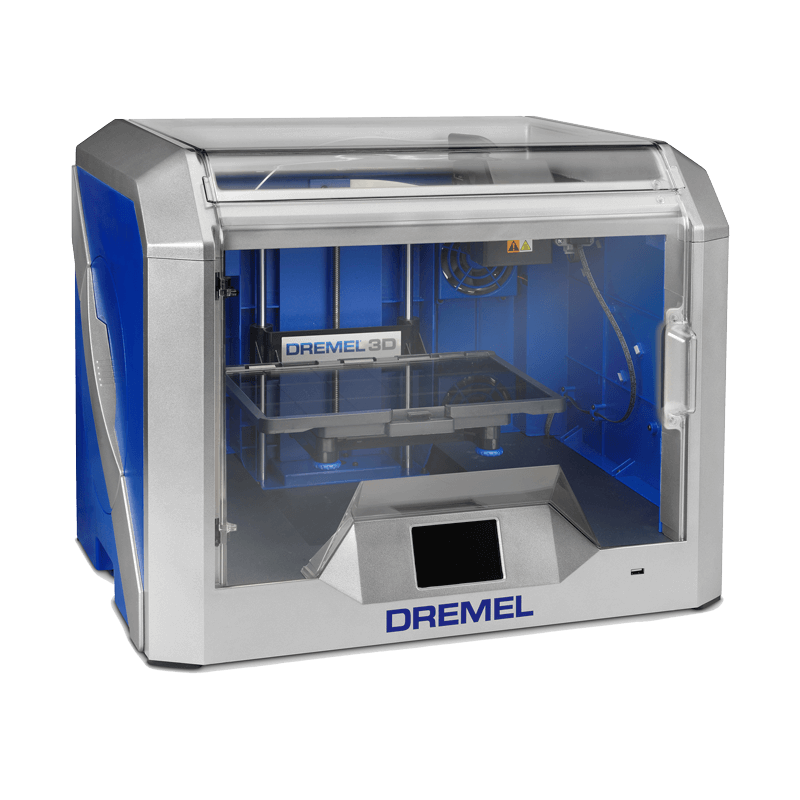