with Audio and Midi output

When practicing playing a musical instrument, one is often confronted with a metronome, that forces the musician to keep the time. After realizing that the metronome is nothing but a sequencer with a rather boring program, the step to building a simple sequencer that acts as a metronome but still forces the player to play on time, was not too long. Thus, the idea of the blues metronome was born. Using a blues sequence is just my preference, the program that I'll discuss below is easily adaptable to other schemes.
So, let's start with the description of the metronome. The schematics is shown in the drawing below. The central component is an Atmel chip with an Arduino bootloader burnt onto it. I built the setup with an Atmel 328 running at 16 MHz, pretending to be an Arduino Uno, or with an Atmel 168 running on the internal oscillator at 8 MHz. You can see that the standard LED is attached to pin 13 the same way a normal Uno is equipped. The speaker is attached to pin 9.
The sequencer has a simple user interface with a potentiometer that is used to adjust the speed or beats per second, one button to start or stop the metronome and two buttons to change the pitch at which the metronome plays its little sequence. I chose half tone steps and at startup the base tone for the metronome is middle C, the key in the center of the piano keyboard. 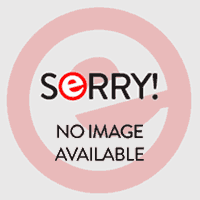 The basic setup using the audio output, however, is fully operational and tested. Of course, this project can be considered as a starting point for improvements, such as a small power amplifier (LM386 style) to make more noise. A user interface with a menu and selection of MIDI channel and velocity. There are plenty of pins available for additional LEDs and buttons. Feel free to add your favorite features.

You might also want to check the web site

Using a 16 MHz crystal and flashing the Atmel chip with the Arduino UNO
bootloader is a better choice that using the 8 MHz internal oscillator.

Putting a 10 uF capacitor in series with the loudspeaker is needed
to decouple the DC level.

The midi_velocity value is set to 40 at startup near the top of the
source code file.

I added the pattern for the 'Baby Elephant Walk' from the movie Hatari.
You need to uncomment the appropriate line with in walk[]=... by removing
the double slashes (//) and putting them in front of the other definition
of the walk[] for the walking bass line.

I made the code smart enough to figure out the length of the walk[] and
blues[] arrays at run time. So if you want to change them, you just need
to replace the pattern in the int walk[]=... definition.

There is an annoying mismatch between the audio signal and the MIDI
signals, which is somewhat fixed by first sending the NOTE-ON signal,
waiting a few ms, then playing the analog audio sound, waiting and
then sending the NOTE-OFF command.

I tried two MIDI different interfaces for the computer. The first was an
old Soundlaster card that sports a MIDI interface on a DSUB-15 connector
on which pin 4 is ground, pins 1, 8, and 9 carry 5 V and pin 15 is MIDI in.
The only problem is that the sound card manufacturer saved a few pennies by
omitting an optocoupler from the input which is required to avoid ground loops.
I used a 6N135 sandwiched between pin 3 of the Atmel chip and DSUB pin 15
as shown in the attached sketch. It took me a while to get the polarity right,
because an optocoupler behaves like an inverter.

I have not (yet) tried to power the metronome from the DSUB-15 5V line,
but then even the opto-coupler could be omitted. Just make sure the polarity
is correct by adding a transistor inverter.

Finally I bought a USB MIDI interface (from Deltaco, which was least expensive)
and tried the metronome with it. This worked right out-of-the box and enables
me to use a laptop instead of old computers with even older soundblaster cards
sourced at local flea markets.

In order to use the MIDI output we need a MIDI capable output device,
that is, a box that interprets the MIDI instructions coming in on a
serial interface and turning them into something audible. A rather
flexible program to accomplish this is the <TT>vsthost</TT> that can
be downloaded from <TT>http://www.hermannseib.com/english/vsthost.htm</TT>.
This little gem listens to MIDI commands on one end, allows the user to
place a VST plugin in the middle and pipes the output to the soundcard on
the other end. In case you wonder, VST plugins are virtual instruments or
other device such as hall-effect or special amplifiers that are usually
employed in digital audio systems. The vsthost zip file suitable for your
type of operating system (I used the Windows version) can be extracted
straight into a folder (C:\vsthost in my case) and is can be executed
right away. No installation is needed. What is needed, is the installation
of a plugin that gives a voice to the MIDI sequences. In order to store
the plugins I created a subdirectory C:\vsthost\plugins. There are plenty
of sites on the web, both free and commercial, to get plugins and fill
the subdirectory. I use http://www.vst4free.com/ and downloaded the
4Front piano from the page with piano simulations and extract the contents
of the zip file (a .dll and a README file) to the plugins subdirectory.
<BR>
Now it is time to start up the vsthost.exe program. It comes up with an
empty workspace on which two devices are places, 'Engine Input' on the
left and 'Engine Output' on the right. The first listens to MIDI sequences
and the latter makes sounds. In the file menu, select the 'New Plugin'
selection and navigate to the plugins subdirectory and choose the dll file
of the piano plugin. Doing this results in a new box appearing on the
vsthost workspace. If you connect the red dot on the right hand side of
'Engine Input' to the red dot on the left hand side of the piano, the
latter will listen to MIDI commands. You can test audio output with the
virtual keyboard (View->Keyboard bar, or the keyboard icon in the toolbar).
A small virtual keyboard appears on  the bottom of the workspace and clicking
with the mouse on the keys generates some piano sounds. I tried this on a
freshly installed system and sound came out right away. A screenshot of the
workspace is shown in an attached picture. For more details please check the
vsthost manual, that is also in the zip-file.
<BR>
Playing externally generated signals requires to select the MIDI input source
from the Devices->MIDI menu. You might also consider to install the ASIO4all
sound driver from http://www.asio4all.com/ to improve the latency of the MIDI
handling of your PC.