Status: Proposal
13782
71
66
votes
This versatile equipment can either be used as a power supply for tube experiments, or as a curve tracer. Originally, it was planned as a tube curve tracer, but during development, the idea came up to extend the functionality to a semiconductor curve tracer – especially for high voltage transistors/ Mosfets and Zenerdiodes. It is controlled by a Raspberry Pi (model 2 or 3) together with a 7” touch screen. Voltage and current can be controlled via virtual potentiometers on the touch screen. Actual voltages and currents are displayed via “7 segment displays” also located on the touch screen.
Read the full post
Show less 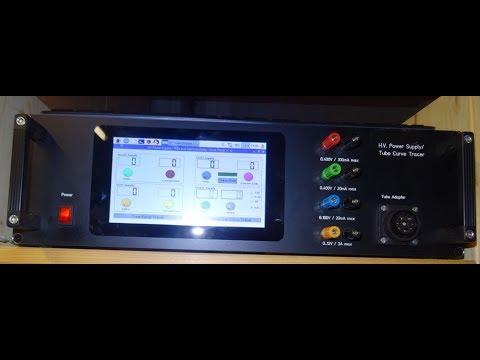