« Back
Power Supplies fuse how to Blog

Why would I want to know the PSCC?

To select devices like circuit breakers and fuses that will protect the circuit, you need the PSCC value. Such devices must be able to sustain the PSCC to provide a reliable protection. If the breaking capacity or interrupting rating of the protective device is too low, the PSCC may destroy it or cause an electric arc. In either case the breaking device may not operate correctly, and dangerous situations may arise.


What about the Trip Current?

You can measure the PSCC of an electrical installation with a so-called PSC Tester. This is an easy-to-operate instrument that calculates the PSCC value of a circuit in amperes and kiloamperes. Although pressing the Test button is usually enough to obtain a value, connecting the instrument properly to the system requires knowledge of what you are trying to measure.


What does a PSC tester do?

A PSC tester first measures the open-circuit voltage at the terminals (VS). Then it applies a small load for a short time to make a current of a known value flow through the circuit (IT). The value depends on the selected measurement range and goes from 2 A, say, up to 25 A or more. The measurement duration also varies with the range and is a few tens of milliseconds. For some real data, see the tables at the end of the article.

With the test current flowing, the tester measures again the voltage V at the terminals. Due to the impedance (ZLN) of the circuit, V will now be a bit lower than VS. The impedance ZLN equals (VS - V) / IT. By assuming that ZLN is constant, the tester calculates the PSCC as VS/ZLN.

What is Loop Testing?

When measured at an outlet, the earth fault loop impedance is called ZS; when taken at the supply’s entry point, it is called ZE. As such ZS = ZE + RL + RE, with RL and RE the respective impedances of the phase and earth conductors between the supply entry point and the outlet.

The earth fault loop impedance is measured in the same way as the PSCC, but again depending on the selected range, the test current can be much smaller (as low as tens of milliamperes). Also, take the measurement between the phase and the earth conductors instead of between phase and neutral. The P(E)FC is obtained by calculating VS / ZLE.

Can you show some real data?

Here is a video demonstrating the PeakTech 2715 Loop and PSC Tester.

The tables below show the measurement characteristics of the PeakTech 2715 as taken from the user's manual. 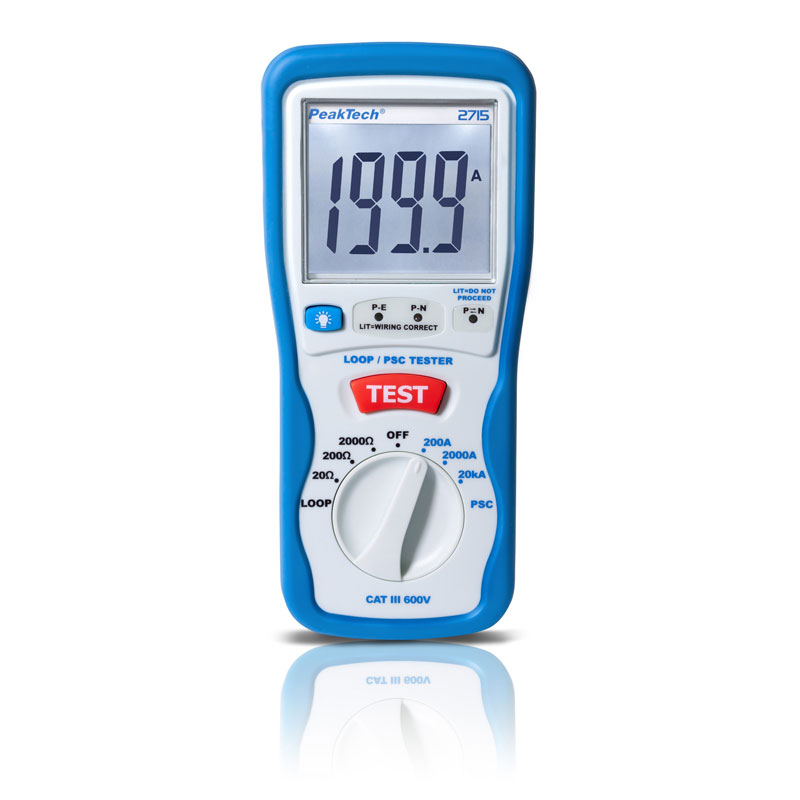 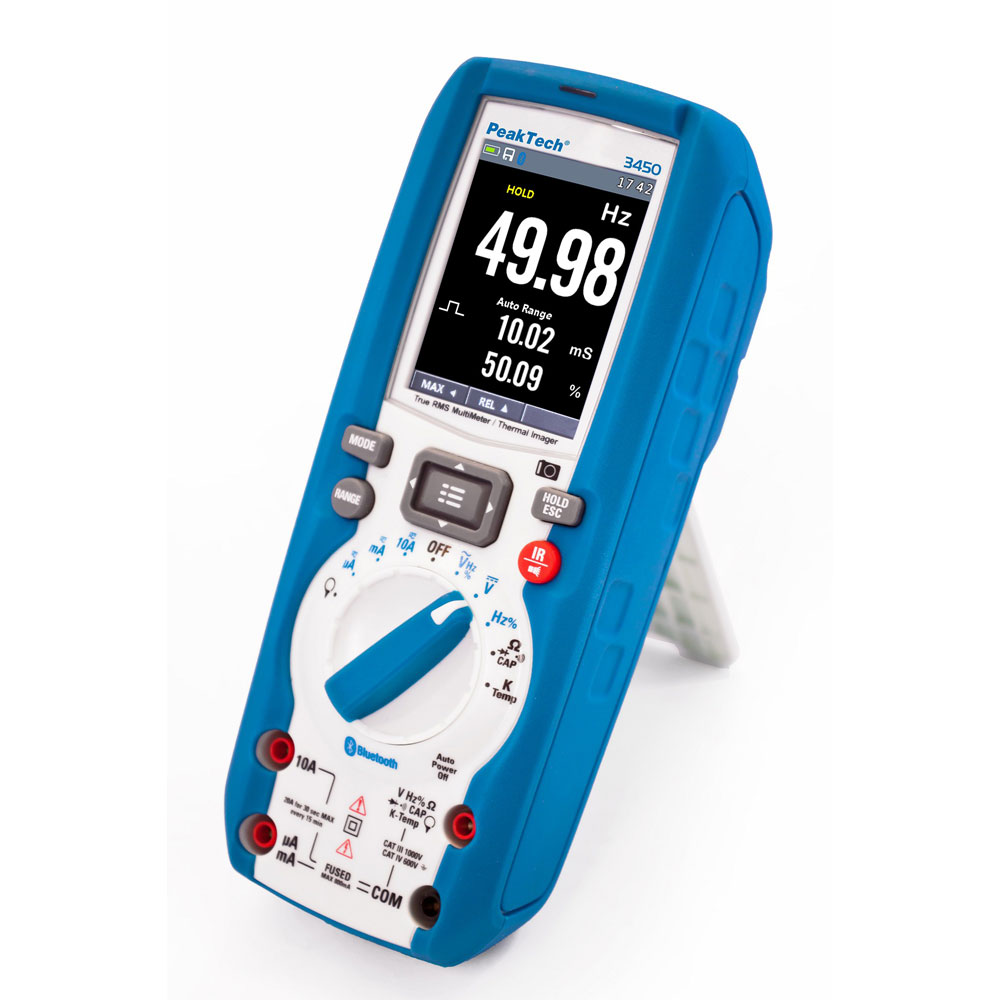