Rapid prototyping has been the craze for the last five, six years or so. Hundreds, maybe thousands of open source, open hardware platforms have been created by enthusiasts (including Elektor), were published on the Internet and have been entirely forgotten. Well, not entirely... One small group of indomitable boards still holds out against oblivion. These are their stories.

The number one rapid prototyping platform that turned hobbyists into makers and put them on the map of semiconductor manufacturers, major and minor, is Arduino. The foundations of this now ubiquitous platform were laid out in a Master’s thesis in 2004, and slightly more than a decade later its user base is estimated at more than a million around the globe.


Where the first Arduino boards were based on 8-bit microcontrollers from Atmel (now Microchip) – the most successful board is the Arduino Uno R3 based on the ATmega328 –, today almost every microcontroller manufacturer produces his own flavour of Arduino board, from 8 bits to 32 bits, and 64-bit boards will probably appear soon. Not only do they build Arduino-compatible processor boards, they also create evaluation boards for new products in the shape of Arduino-compatible extension boards or “shields”, as they are called in Arduino speak. Together with supporting software libraries they allow potential customers to have a play with the new parts while at the same time making them accessible to makers.

Even though the Arduino team has suffered under the success of their offspring resulting in 2015 in a painful split into two Arduino teams, .CC or LLC and .ORG or SRL, the Arduino concept did not really suffer. That the two teams made up at the end of 2016 is probably equally unimportant. Arduino has become a grown-up platform that can live on happily without its quarrelling parents.

At the end of 2009 ARM launched a surprising and innovative rapid prototyping platform under the name of mbed. Innovative, because it was completely cloud-based; surprising, because it was free and, for a large part, open source. Inspired by Arduino, mbed clearly had the ambition to do things in a more professional way. It was a 32-bit platform from the start, with a smaller and more practical form-factor, and supported by a professional quality tool chain with professionally supported libraries.


After the initial launch nothing much happened for a few years. A small community formed, a board was added, then another, the libraries became 100% open source; it almost seemed as if ARM had lost interest in their excellent idea. But internally things were moving…

At the end of 2014 the mbed platform was suddenly repurposed and became an ambitious Internet of Things (IoT) platform with cloud data services, and an operating system, and of which the old mbed was only a part. All sorts of mbed-compatible boards started to appear (including the Elektor CoCo-ri-Co!); at the end of 2016 over one hundred boards were listed on the mbed website. The online tools are still there, but offline development with professional debugging is now possible too. Since this all happens in a closed, professional environment it is difficult to say if the new mbed is gaining user traction, but it is safe to say that ARM is trying hard to make it into a success.
Next page 1/3
Products 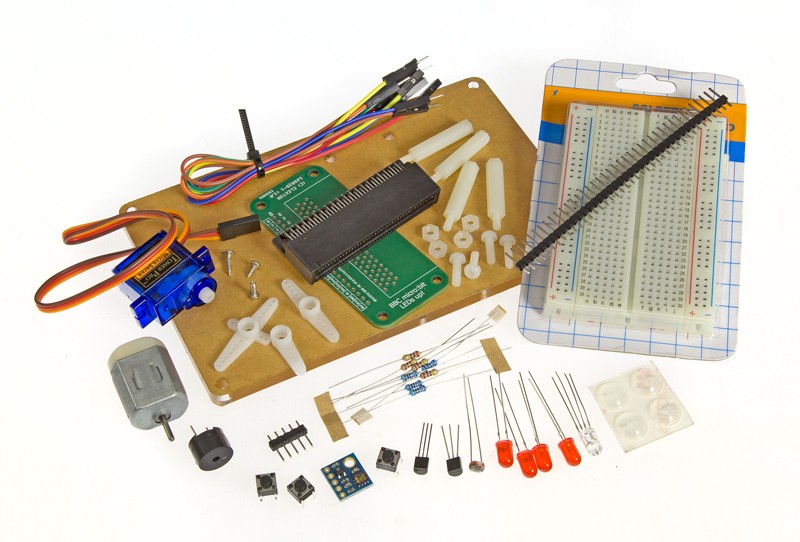 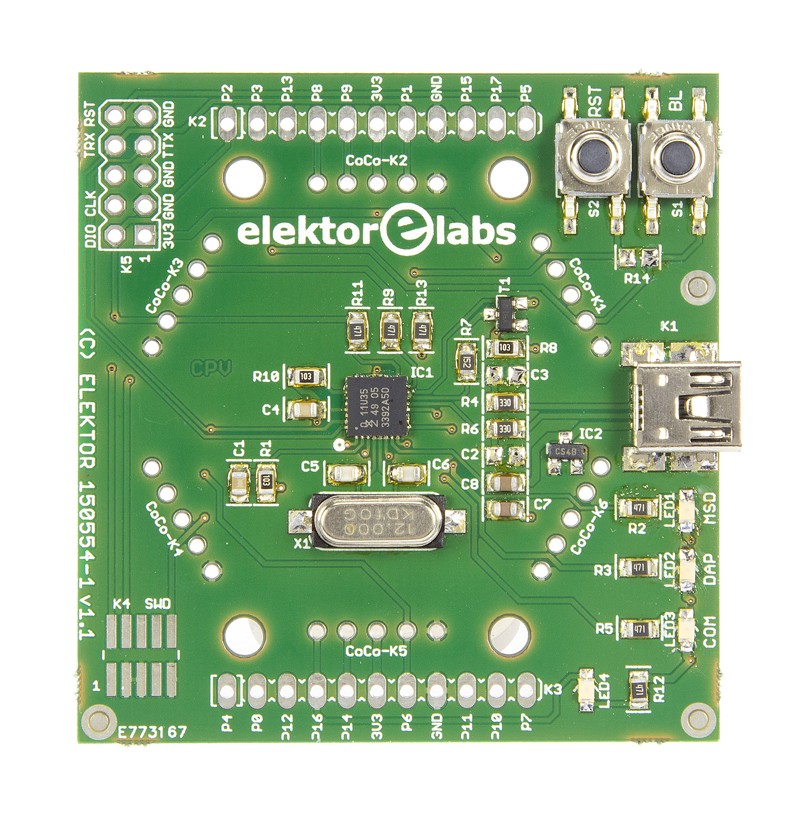 
More mbed on our Select Page >>


More Micro:bit on our Select Page >>